Do not look for part time job work for the university

eClub is extending the Summer Camp for the whole academic year. This is an early information.

The eClub Summer Camp is in its third month. This year we have more than twenty members. It is a little less than last year but the projects are much more focused. The mentors are more effective, they have learned how to lead. Overall we have accomplished much more. The success and the high quality of projects has ignited an idea to extend the eClub throughout the whole academic year.

We will offer students scholarships starting from the October 1st for the winter and extend for the summer semester. We are preparing joined labs with our partners Seznam, Jablotron, and many others. We are in the process of signing the contracts. Our joined labs are located in the new CVUT building in the Dejvice campus, everybody will get a seat and table. You will save the commute time. eClub and the partners too, are looking for innovative ideas and interesting projects. We also want to make the projects semestral works or final thesis to let you earn credits. Working with leading companies is a great entry to CVs. eClub will provide scholarships and we also will offer a complete infrastructure including large computer clusters. Each student will have a mentor helping to get over the usual problems no to get stucked.

We will offer similar projects as during the Summer Camp. Mainly from the field of artificial Intelligence, IoT Industry 4.0 and BigData. We do not wnat to limit our activities to this fields only, come and ask. We are inviting students from all Czech Universities. We also will support startups. Work for the leading companies in an university joined lab.

The students in the eClub Summer Camp are for more than two months working on new projects in IoT and Bots. Here is the first status report describing the projects under development.

In the presentation, you can find a basic information and links to websites, demos or gitHub with the code. Some of the projects are in progress some of them are already finished. Some students will extend the projects to theses in the following academic year. Let us know what you think.

Bots and question answering in ESC 2016 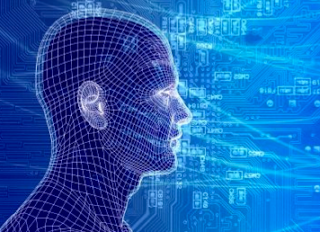 a team of talented students formed around conversational applications in the eClub Summer Camp 2016. They continue developing the YodaQA and a simple Alquist bot. Both systems are built on top of a set of services including dialog managers up to NLP services.

We have started with the YodaQA factoid question answering system inspired by the IBM Watson. It is a fairly sophisticated engine, which builds on many NLP algorithms, Lucene search, RDF databases etc. The architecture and technology description is available on GitHub along with a test website and Android application.

The latest work is concentrated on teaching YodaQA Czech. This requires replacing some of the components with Czech versions. The most important are the Stanford syntactic parser, the Named Entity Recognition and finally the answer classifier. For syntactic parser, we use the Google Tensor Flow, the Syntaxnet and the Czech dependencies dataset. We get similar accuracy as the classical top of the line algorithms. Currently, we are developing the basic version of the entity recognition algorithm based on Conditional Random Fields (CRF). We have plans to implement NER also using Neural Nets.

The biggest problem in machine learning are the training sets. For the initial answer scoring algorithm, we have put together a set of questions-answer pairs. To make the set as rich as possible we have been enriching the set using variables for entities and synonyms, which is allowing us to algorithmically generate a large number of questions. The real system is logging questions and answers helping us creating better training sets. The sets still require some manual processing, but it is worth doing it.

The emergence of the conversational bots caught our attention too. Initially, we have tested the Wit.ai, Microsoft Luise, Meya, and Amazon Echo for English. Soon we have found many different limitations. Because the YodaQA is put together from a set of independent services, NLU processors, we have decided to use the same services to build simpler conversational bots. The bots use two essential parts intent and the entities recognizers. The bot processes the input users query and the extracted intent and entities are saved to a context object. Dialog manager (DM) uses the context to control the dialog flow.

Since we do not use the DM in YodaQA, we had to develop it. During our experiments with commercially available bots, we liked very much the Meya DM because of the simple dialog declaration in YAML. We have decided to go in a similar direction and created our own version called Alquist. It allows us writing even complicated dialogs. The implementation was fast and today we are running our first version of Alquist DM.

All this work is done by about ten students and the team grows. During the last weeks, we have made a considerable progress. We have at work several applications, stay tuned to be the first to test them.
Posted by Unknown at 1:59 PM 4 comments: